The chimeric protein “FGF-Max” is not only a universal FGFR ligand as FGF-1, but also shows the high thermal stability. The special characteristics make it a novel and attractive choice for organoid cultures. 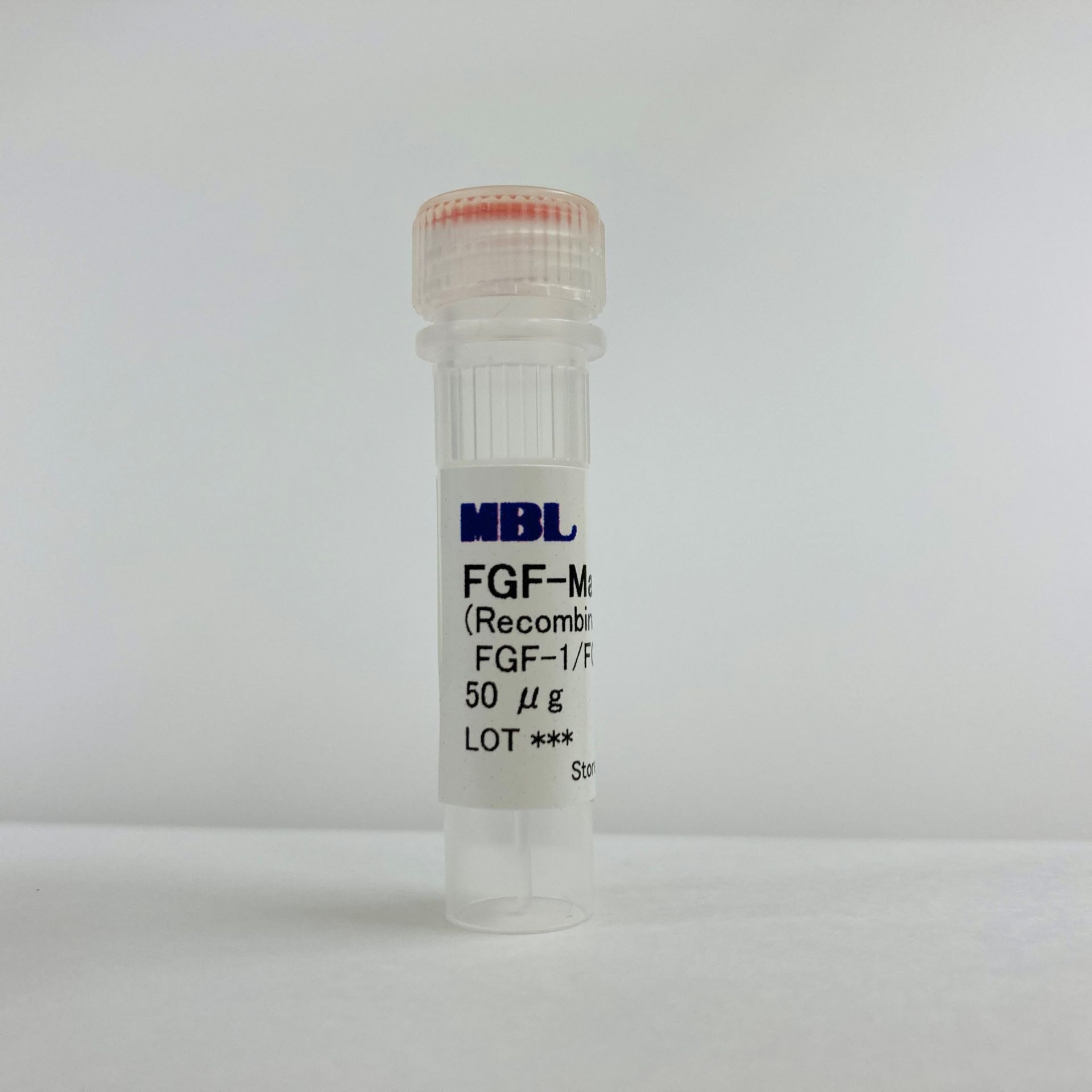 The family of fibroblast growth factors (FGFs) are composed of the growth factors involved in a variety of vital phenomena, including development, differentiation, proliferation, and morphogenesis. FGF-1～FGF-10 transmits signals into cells by binding to the FGF receptor (FGFR). Previous publications have suggested the FGF/FGFR signaling pathway is deeply involved in many processes from embryonic development to adult homeostasis.

Activation of FGF/FGFR signaling pathway is also known to be important in organoid cultures. However, proper selection of different FGFR ligands for each organ type is necessary while organoid culture, complicating experimental set up and execution. Therefore, using the universal FGFR ligand ”FGF-1”, which shows highly affinity to all the type of FGFR, is expected to be a simple and convenient method for organoid culture. However, FGF-1 is known to be thermally unstable, and at 37 °C, which cell-culture is normally being held, the bio-activity is lost within 6 hours, including in the presence of heparin. These factors results in commercially available FGF1 being unable to be used in culture studies.

To solve the problem, MBL enhanced the thermal stability of universal FGFR ligand “FGF-1” by chimerizing FGF-1 and FGF-2 and developed FGF-Max, a recombinant chimeric protein with features of both FGF-1 and FGF-2.

FGF-Max and FGF-2 (commercially available products) were added to the cells at different concentration and cultured for 6 h. The result shows that FGF-Max has the bio-activity in the same level with FGF-2.

ATP-assay results also suggested that the cell viability in organoid is higher with the presence of FGF-Max. 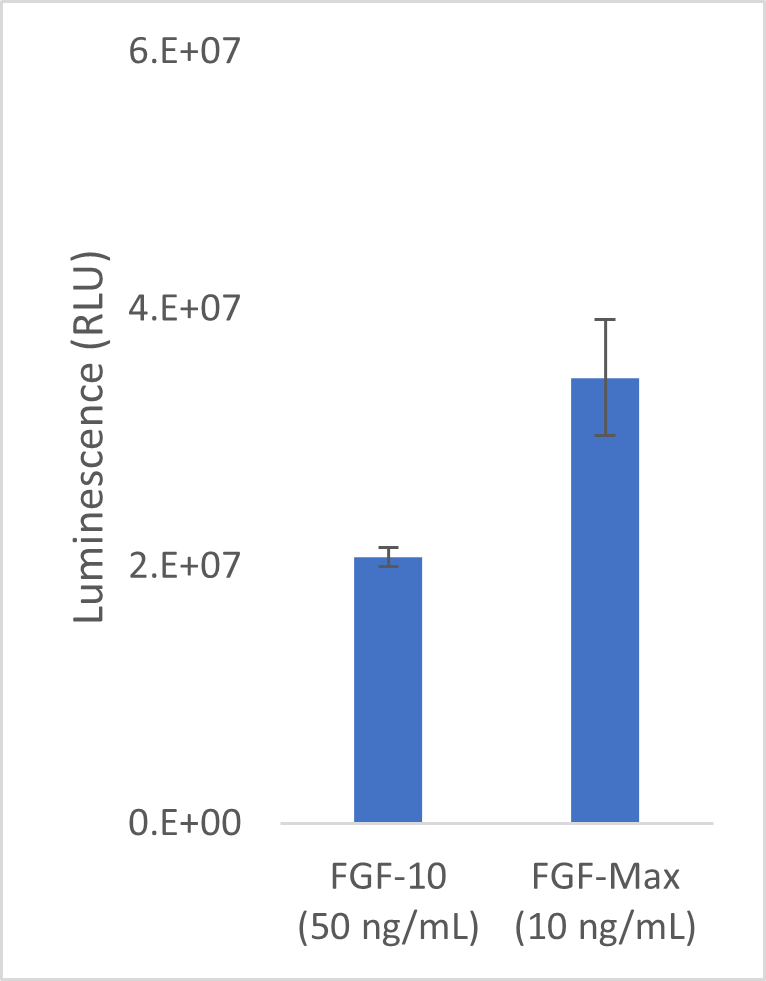 Bulk quantities available! Contact us for any special requests.