General
Why was HEL used as the immuogen?

HEL (Hen Egg Lysozyme) is commonly used and has not been found to have cross reactivity with any known proteins.

Can you please confirm the host species for the anti-HEL human IgG isotype? Mouse is listed on the datasheet and human is listed in the Excel spreadsheet.

The antibody was raised mouse. Our anti-HEL human antibodies are chimeric mAb’s in which the v-gene is from mouse and the constant region is human. The original v-genes are cloned from hybridomas.
NOTE: We list HUMAN as host for human Abs, and MOUSE as host for mouse Abs.
These products are recombinantly expressed in CHO cells.

Have we validated all of the applications listed on the datasheet?

I would appreciate any information on the human IgG1 isotype controls you have - the differences between the various products and any data if they have been tested in vivo?

C0001 – Human IgG1, kappa isotype control is by far the most commonly used human IgG isotype control that we offer. This is considered a standard human IgG1 kappa control and is glycosylated, as most antibodies would be in their natural state.

Unless you have developed a non-glycosylated or D265A mutated version of human IgG1 antibody, it’s most likely that Human IgG1, kappa isotype control (catalog # C0001) would be the most appropriate.

The allotype of our C0001 is G1m1, the same sequence as most therapeutic antibodies.

Are the isotype controls Fab inert?

We have not run any in-house experiments to verify if the isotype controls are Fab inert.

What is the difference between your human IgG4 isotype controls?

Since we are planning to use the material in vivo, it would be helpful to know in what other mouse strains it has previously been tested including dose and dosing period. Do you have that type of information that you can share ?

Regarding C0002 and C0004: If they are human antibodies, why is the host species mouse?

These human IgG isotype controls are chimeric monoclonal antibodies in which the v-gene is from mouse and the constant region is human.

How stable is the antibody at 4°C?

We have not run any stability tests at 4°C, however, the antibodies should be stable at 4°C for a few weeks. We normally recommend aliquoting small vials and storing them at – 80C. The antibodies don’t contain any stabilizers or preservatives so freeze/thaw cycles should be limited to as few as possible.

Have you characterized the epitope for the isotype controls? Do you have sequence information for the entire IgG molecule that you can share ?

Unfortunately, we don’t have any information about the epitope of any control antibodies. We have the AA sequences but can’t share with clients since anyone can make it with the sequence.

Does C0001 contain any rodent pathogens?

No. Our isotype controls are recombinantly expressed. We used cGMP-banked CHO-S cells (A13696-01) from Invitrogen and the final products have been filtered using a 0.22 um filter from Millipore (SLGP033RS | Millex-GP Syringe Filter Unit, 0.22 µm). Therefore, theoretically there should be no rodent pathogens.
[Note] Idexx offers IMPACT 1 and 2 test panels to test for rodent pathogens.

Have you verified/characterized the glycosylation status of your human IgG1 kappa control antibody (C0001-1)? 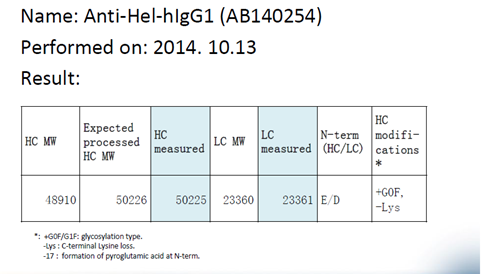 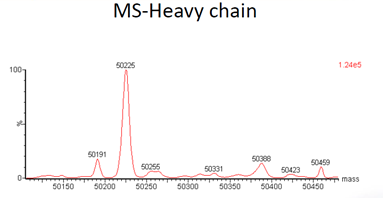 Is there any cross reactivity with mouse lysozome?

We have not see any cross reactivity. Mouse and chicken lysozyme just display at 54.7% sequence identity. In addition, our IHC data confirmed that the background is VERY clear for our isotype control antibodies.

Do all of your isotype controls use the same antigen recognition sequence?

Do you have any data on C0005 Mouse IgG1 cross reacting with mouse tissues or proteins?

No. But since our isotype control antibodies specifically interact with hen egg lysozyme, which is quite different to human and mouse lysozyme, it should not have cross reactivity to human or mouse tissue and proteins. Our isotype control antibodies share the same variable region sequence, therefore all bind to the same epitope on Hen Egg Lysozyme.